With passion for machines

We look back with pride and gratitude on over 150 years in which Anthon has developed into an internationally successful company: The 40-square-metre mechanical workshop that three Anthon brothers founded in Friesische Straße in 1865 has grown into a 35,000-square-metre factory site in Schäferweg. A craftsman’s business has become an internationally sought-after supplier of complex high-tech sawing systems.

With courage and drive, the brothers created a business base whose foundations have endured over generations to this day. They transformed the workshop into an iron foundry and expanded it to include a machine factory for forestry equipment. In addition, they constantly expanded the product range over generations. They recognised the needs of the markets and their customers – both at home and abroad. Anthon became a byword for heavy engineering, quality and performance.

And the Anthon story continues to unfold: after studying electrical engineering, Klaus Lange became part of Anthon in the 1970s. He further expanded the sales network, was appointed authorised signatory and acquired new important major orders with the team. In 1978, Klaus Lange and the company’s commercial manager Ernst Günther Runge worked with the team to redevelop the heart of the product range, the panel-sizing line. Anthon also focused on automation. After Ernst Günther Runge retired, Klaus Lange took over the management and brought in his son, product developer Ove Lange, in 2001. He started as a project manager and has been managing the family business as a partner since 2002. Since then, Anthon has accelerated its step into the digital age and has matured into a company 4.0.

Today, the Anthon team plans, develops, manufactures and installs computer-aided machine systems as well as robot-assisted packaging systems for the panel processing industry, setting new standards time and again. Both the family and the employees are proud of the company’s long history and of the many clever, committed people who have helped to shape its success since 1865. Because that’s what matters at Anthon. On the fact that the employees are committed to the machines. Because no matter how high-tech a machine is, it still needs people to invent it and stand up for it in the market. Anthon employees do just that – committed and with an eye to the future. 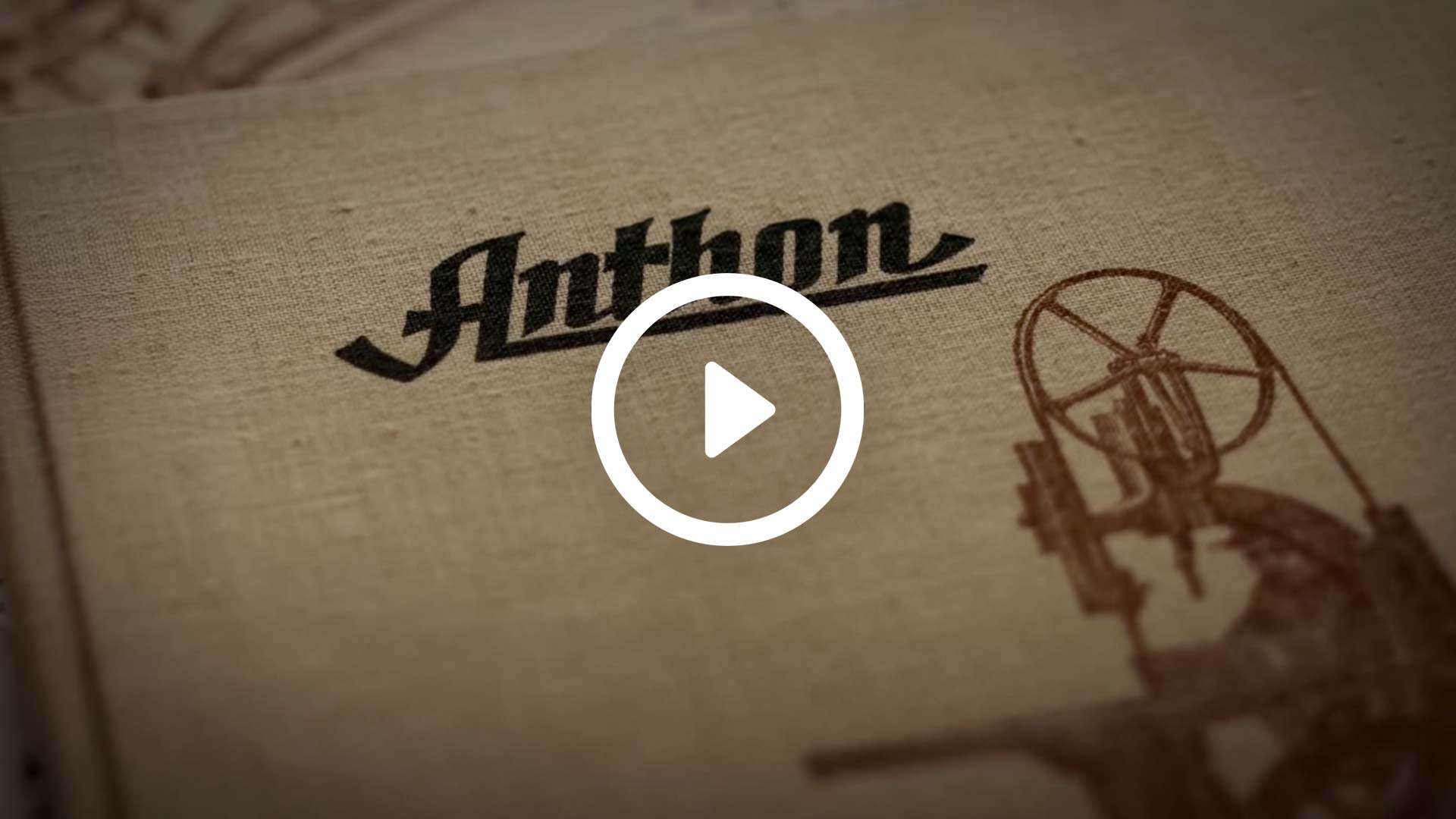 Our experience goes around the world

High-tech is family business for us: With a team of around 260 employees, Anthon has specialized in machines, systems and complete production lines including software solutions for the panel processing industry – equipped for the 4.0 age.