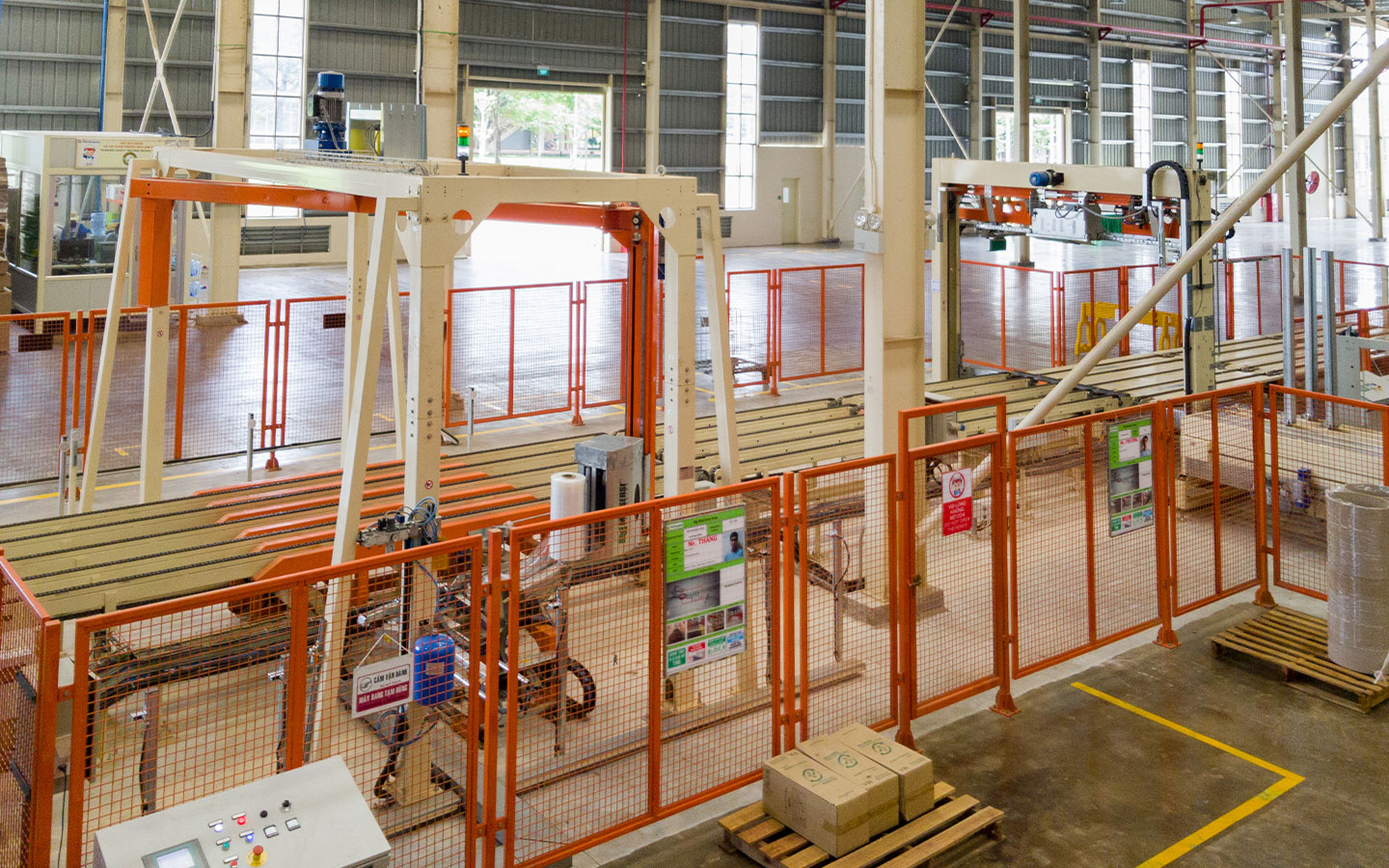 Commissioning of several saws for Kronospan, Arauco, Homanit and Kastamonu

Anthon GmbH Maschinen- und An-lagenbau, a plant manufacturer specialising in cut-to-size and loa-ding systems based in Flensburg, Germany, has delivered its first high-performance through-feed saw to South-East Asia in the past few weeks. This type of technology, which was added to its portfolio in 2014, has so far mainly been delivered to major European wood-based panel manufacturers, especially to the Kronospan group. The Thai particle-board manufacturer Green River Panels Thailand Co. Ltd. is the first customer in South-East Asia. With a daily capacity of up to 2,800 m³, the cut-to-size saw has been installed since mid-February be-hind a continuous particleboard line from Siempelkamp Maschinen- und Anlagenbau GmbH, based in Krefeld, Germany, ins-talled in Trang. Commissioning is slated to happen in the middle of 2019.

Boards made by this type of machine first go through the sanding line and longitudinal trim saw. Bundles are then put together and split cross-wise. Anthon said that this allows for a high degree of cutting accuracy and high throughput. Kronospan has so far used this type of machinery at a particleboard mill doing business as Falco CC, based in Szom-bathely, Hungary, and at an OSB mill run by Kronospan Romania s.r.l., based in Brasov, Romania. In November 2018, a sanding/sawing line installed behind the new OSB line started operating at Kronospan Luxembourg S.A., based in Sanem, Luxembourg, which will also ultimately cut 2,800 m³ per day. In January, Anthon first delivered a cut-to-size saw to an OSB mill operated by Kronospan OSB spol. S.r.o., based in Jihlava, Czech Republic. This saw splits board both lengthwise and cross-wise.

Anthon has wrapped up several more projects in the wood-based panel industry over the past few months. In North Ame-rica, a high-performance pressure beam saw was installed in a particleboard mill built by Arauco North America, based in Atlanta, Georgia, in Grayling, Michigan. Installation work was completed during the third quarter of 2018, with commis-sioning now in progress. An additional angular saw and two feeding/stacking stations were installed at Homanit Polska Sp.zo.o., based in Karlino, during the course of last year. These feeding and stacking stations supply thin board to two laminating lines delivered by Hymmen GmbH Maschinen- und Anlagenbau, based in Bielefeld, Germany, and by Robert Bürk-le GmbH, headquartered in Freudenstadt, Germany. Anthon supplied Kastamonu Entegre Agac San. ve Tic. A.S., based in Istanbul, with a new sanding line for a particleboard mill run by Kastamonu Bulgaria A.D., based in Gorno Sahrane, Bulgaria. The existing multi-opening line was replaced by a continuous forming and press line, which Kastamonu had acquired out of the insolvency assets of the French particleboard manufacturer Darbo S.A.S., based in Linxe, in March 2017. This year, Anthon will supply a cut-to-size saw to the particleboard ma-nufacturer AB Klaipedos Mediena.

Anthon commissioned three more cut-to-size saws and sanding/saw lines in South-East Asia in the past year. The Vietnamese MDF manufacturer FSC Vi-etnam Corp. made the first board at its site in Tân Lâp, Binh Phuóc in the first half of the year; this line has run three shifts since mid-2018. Cut-to-size saws installed in Thailand in rapid succession behind the newly installed MDF lines by S. Kijchai MDF Co. Ltd. (Rayong), Vana-chai Group Public Company Ltd. (Surat Thani) and Panel Plus MDF Co. Ltd. (Hat Yai) started operating in the autumn. In China, Anthon delivered three cut-to-size saws for straw particleboard projects conducted in rapid succession by Wan-hua Ecoboard Co. Ltd., based in Yantai, Shandong Province, in the second half of the year. This technology is currently in the commissioning process.